Want to load test your own WordPress site? Sign up for Kernl now!

In the world of affordable WordPress hosting there is an array of different VPS providers to choose from. With so many choices how do you know who to choose? In addition to criteria such as ease of use and support, performance is a huge concern for most people deploying WordPress. In this article we’ll take a look at the performance of several different VPS providers in the $5 tier to see how they perform under load by using Kern’s WordPress Load Testing feature.

Who are we testing?

There are a lot of VPS providers out there providing machines in the $5 / month tier, so we’ve chosen 7 of the more popular providers to test against:

What tests will we run?

To make sure that our test setup was consistent across all VPS providers we followed this setup guide, where we ended up with the following versions of software:

With regards to regions, for every test we kept the VPS instances on the east coast of the United States with the exception of Hetzer where we had the VPS instance in Germany.

First, let’s take a look at the request / second results across the different providers.

As you can see there is a wide spread of results depending on host. Honestly this wasn’t want I expected when I started. You’ll also notice that the Azure box cost $15/month. It was the closest I could get to finding a $5/month box in their interface (which I felt like I needed another degree in Computer Science to understand!).

So let’s visualize the data with no caching enabled.

We get lots of interesting results here. If you run a site where caching is difficult to do, your $5 will go much further depending on your host. Some notes:

Now let’s take a look at a more realistic scenario where you have a caching plugin installed.

You’ll notice that there aren’t any error bars on this graph. Thats because each host was able to handle the load without having any. This isn’t too surprising since most of the requests would be served right out of memory via Memcached. Some notes on cached requests:

While requests per second and failures per second are valuable metrics, in order to get a more holistic view of raw performance for these $5 VPS instances we need to look at response time distribution.

Some notes on this graph:

And now, let’s see how things change when caching is used.

As expected, most providers do very well when caching is used. Digital Ocean, Linode, Vultr, AWS, and Hetzner are all performing in the <= 200ms range (some lower!). It’s hard to decide who is better at this level due to latency due to geographic distance. The point is that you could choose any of those hosts and be OK when using a cache plugin. Once again, I’m struggling to figure out why someone would spend their $5 on Azure or Google Cloud.

Our final metric we need to look at before we can pass any judgement on our VPS providers is total requests. This in particular needs to be compared with response time distribution.

This graph does a great job explaining some of the discrepancies in the response time distribution data. When caching wasn’t enabled, Google Cloud and Azure barely even show up on the graph. More thoughts:

If performance is all you care about for your $5 (and thats a big if), then choose Hetzner if you need a VPS in Europe. If you need a VPS in the US or elsewhere, choose AWS, Digital Ocean, or Vultr. Microsoft and Google are not great for $5.

Want to load test your own WordPress site? Sign up for Kernl now! 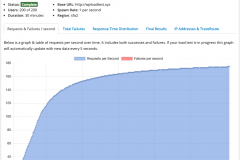 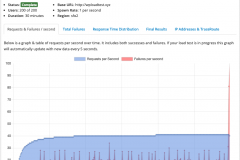 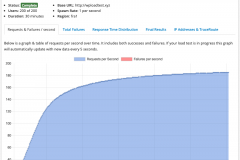 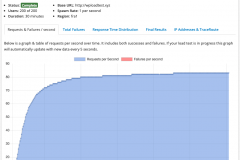 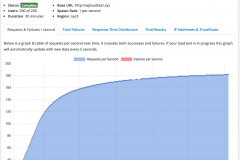 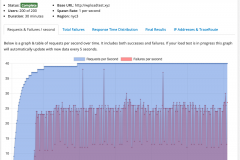 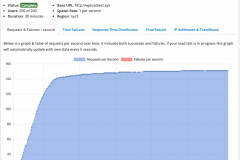 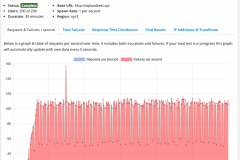 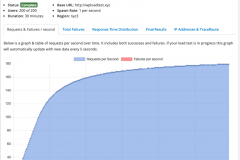 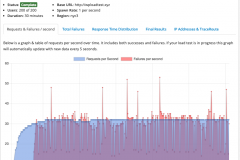 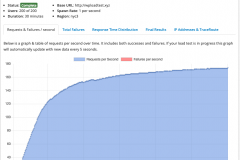 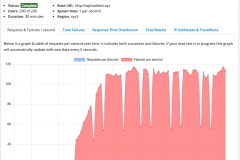 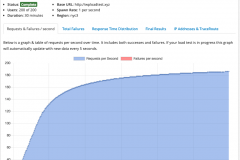 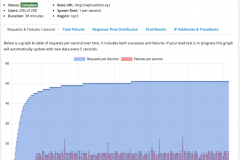