November was a great month for Kernl! After several years of trying, we finally launched team management and also made our pricing structure easier to understand. Let’s dive in!

That’s it for this month! Have a great December! 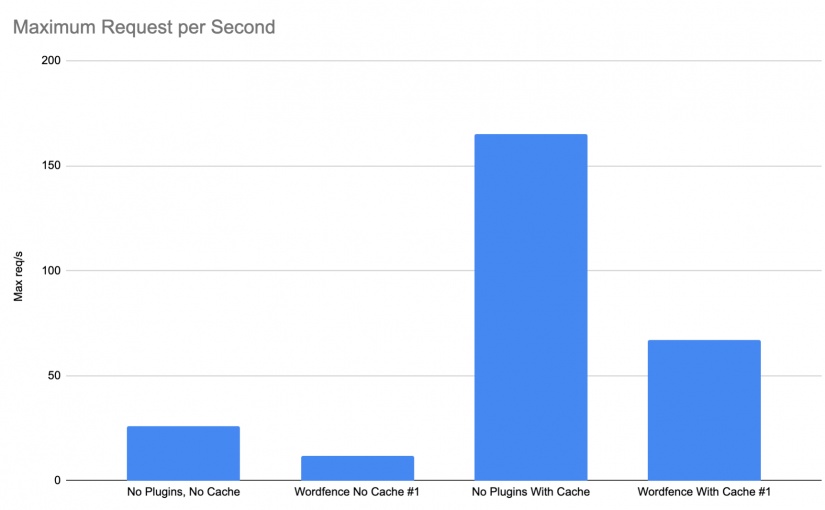 In the world of WordPress there are a lot of different plugins you can install to extend its functionality. One of the most popular plugins is Wordfence, a security plugin developed by the fine folks over at Defiant.

Test the performance implications of your own WordPress plugins with Kernl WordPress Load Testing.

Most WordPress developers understand that the more plugins you add to your site the slower it goes, but exactly how much slower isn’t something that is often measured. More importantly, nobody has bothered to figure out the performance implications of installing many of the most popular plugins available to WordPress users today.

This all changes now with this series of blog posts exploring the performance implications of different WordPress plugins. In this series of posts we’ll test each plugin in isolation and then with caching enabled using Kernl’s WordPress load testing service. First up, is Wordfence.

The test machine for these tests was a $5 Digital Ocean droplet in their SFO2 (San Francisco) data center. The machine has 1GB of RAM, 1 vCPU, and a 25GB hard disk.

The software installed on the machine is as follows:

For tests that required caching we used our favorite caching plugin, W3 Total Cache, with memcached as the data store.

The theme that was used was TwentyTwenty with no modifications and the content was an export of this blog.

A series of 4 tests were run to test the performance implications of installing Wordfence. They were:

Each test was with 200 concurrent users for 1 hour.

The first metric that we looked at was the maximum requests per second that the site was able to handle under each situation outlined above.

The next metric we looked at was when did the first error occur during our load tests.

With our caching enabled test, we never saw any errors when Wordfence wasn’t enabled. However with Wordfence enabled we saw our first error at 56 requests / second.

Turning our attention to the caching scenarios, we can see that enabling Wordfence is extremely problematic at scale. With caching enabled, our baseline test had an average response time of 146ms. With caching + Wordfence that time ballooned over 10x to 1874ms.

Our final metric was looking at the 99th percentile response times for our different scenarios. What does that mean? It answers the question “How long does it take for 99% of requests to finish?”. This intentionally leaves out the last 1% because those are often outliers.

As you can see above, the un-cached 99th percentile hovers right around 5s when Wordfence is enabled or disabled. Since this is the 99th percentile such a high response time isn’t too surprising in both scenarios.

The more interesting scenario is when caching is enabled. For WordPress with only a caching plugin running, the 99th percentile is 370ms. That means 99% of all requests finished in 370ms. With Wordfence also enabled (Wordfence + caching), that number jumped to 2400ms. That’s a ~7X increase.

From these tests we came to a few conclusions:

Test the performance implications of your own WordPress plugins with Kernl WordPress Load Testing.

One of the most requested features that Kernl gets is Team Management. Team management can take on a lot of different forms, but for Kernl’s purposes it is the ability to share access via the Kernl interface with multiple people with different sets of credentials.

Starting today you can sign up for the Kernl Unlimited plan (see below) and start managing your team. Team management allows you to share your Kernl account with authorized users. When a user is part of your team, they have a slightly restricted view of Kernl but otherwise see the same things you do. What’s restricted?

Aside from that everything is the same for admin and non-admin users.

In addition to team management we are also reducing the number of plans that Kernl has. Prior to this change we had 5 different plans (solo, agency, enterprise, huge, massive) which seemed like a bit much. To simplify Kernl’s pricing structure and give our customers better options we went down to 3 plans:

As always, current Kernl customers are grandfathered into the plan that they are currently on.

Now that Kernl has a more robust upper-level offering we hope to start rolling more features into it. For example: