In the world of WooCommerce hosting there are a lot of options. One of the often recommended hosting services is Cloudways, which makes it very easy to spin up a reasonably performant WooCommerce site. You do still have to make a few choices though, including whether to use DigitalOcean, Vultr, Linode, AWS, or GCP. So which Cloudways hosting provider is best for WooCommerce? Let’s find out.

What are we testing?

The goal of our tests will be to determine which Cloudways hosting provider has the best WooCommerce performance out of the box. To do that we’re going to be using RoboSwarm’s WooCommerce Load Testing platform (RoboSwarm is part of Kernl). So how does that work?

For each user, the test runs through a series of products, adds them to your cart, and then performs a checkout. The series looks like this.

What plans did we test?

Due to the pricing differences between the various cloud providers that Cloudways supports there isn’t an exact “apples to apples” comparison, but we can get close. We tested the following plans:

Looking at the table above, you can see there are quite a few differences between the larger cloud providers and smaller contenders. The biggest difference is that AWS and GCP are 30% more costly than the smaller hosting providers. The AWS instance has 2 vCPUs compared to the 1 of the other providers, which may become a factor later.

How we set up the WooCommerce load test

Before we could start our load test we needed to do a few things:

Once all of the above is done you need to verify that you own the WooCommerce site that you are attempting to load test. To do that, log in (or sign up) to Roboswarm (if you are a Kernl customer your can use your Kernl credentials), go to “Verify Site Ownership” and then click the “Verify a Site” button.

Now that you have verified you own the site you need to create a WooCommerce load test template. This basically tells RoboSwarm where your checkout, cart, and product pages are.

Fill out the fields in the form and then click “Save”. After that, you’re ready to run your load test.

Now that a WooCommerce load test template exists in RoboSwarm we can run the load test. Go to the “Load Tests” page and fill out the required info. When you’re ready, click “Start Load Test”.

A word of caution: You can and will bring your site to it’s knees. That’s the entire point of this exercise. We need to know where the breaking point is so we can:

All that being said: start small. For these tests we only ran 25 concurrent users and it was enough to cause performance bottlenecks. WordPress is not performant without significant caching and performance tweaks.

Before breaking down each product lets take a look at few details on the load tests we performed. For each cloud providers we ran 1 load test with the following specifications:

One of the most important metrics for an online store is how many checkouts per second it can support. There are other important metrics (bounce rate, cart abandonment, etc), but you have to checkout to get money, so we’ll focus on this for a bit.

With the exception of GCP, the checkouts per second performance all seems relatively similar, but if you dig a little bit you can see there are some interesting differences between the providers.

While checkouts per second is an important WooCommerce metric, you also need to consider the overall performance of your store. Let’s take a look at how all the providers scored when we take a higher level look at all traffic.

In the overall performance results we start to see some differentiators across all hosts. A few thoughts:

From a performance versus value perspective, running Cloudways WooCommerce on Vultr is your best choice at the ~$22/month price range. DigitalOcean and Linode both perform fine, but Vultr is just a little bit better in our tests. 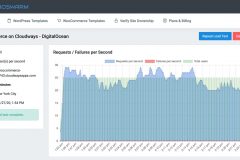 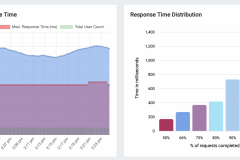 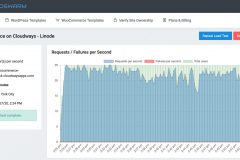 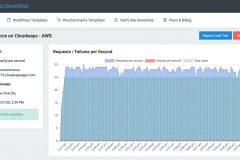 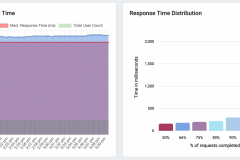 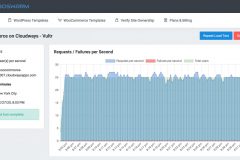 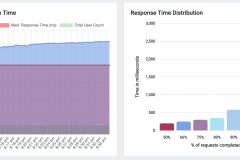 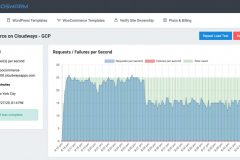 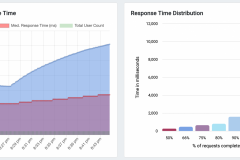